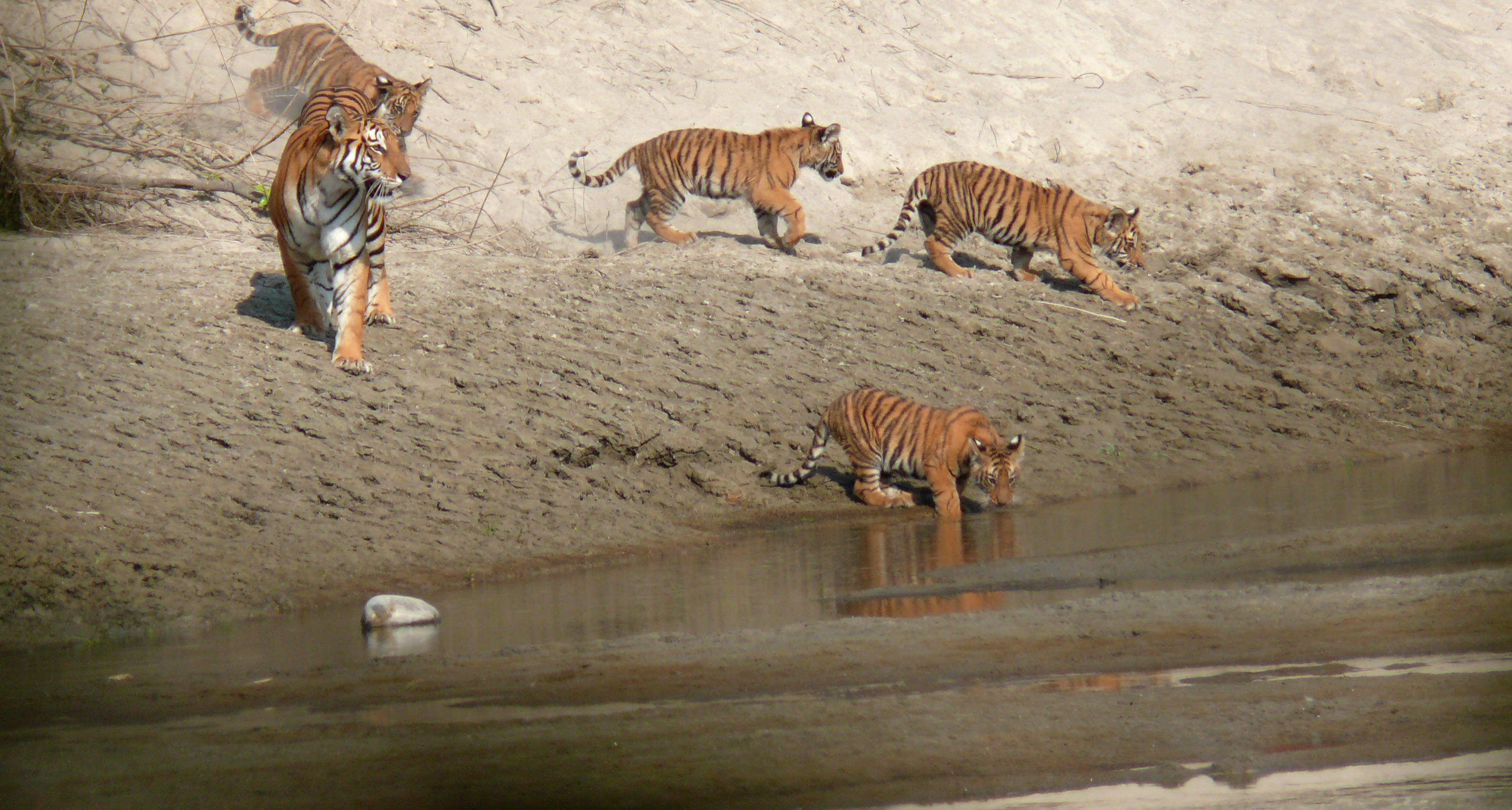 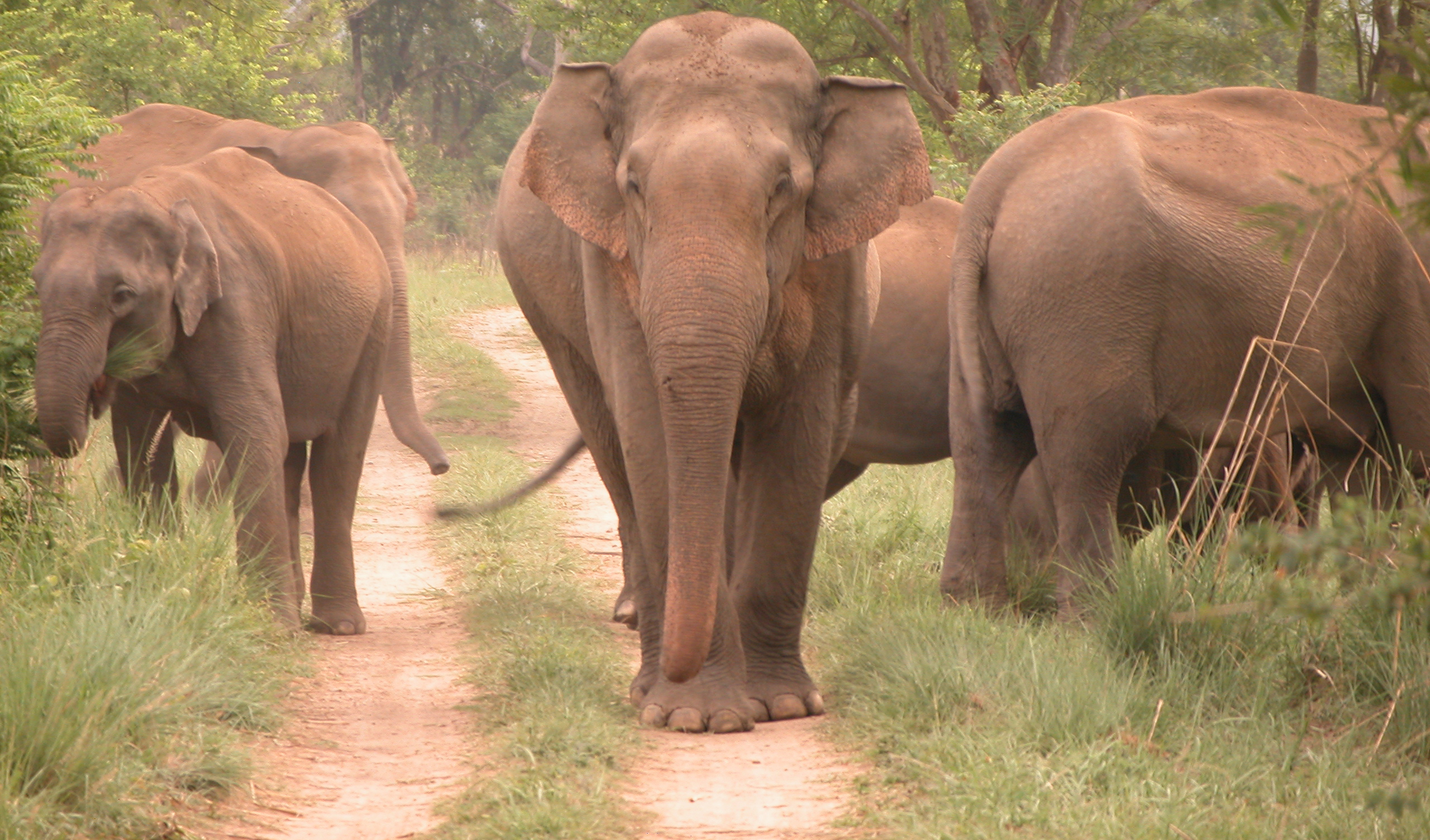 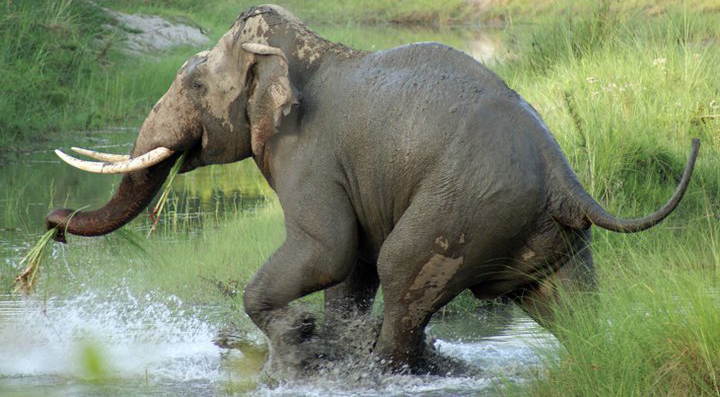 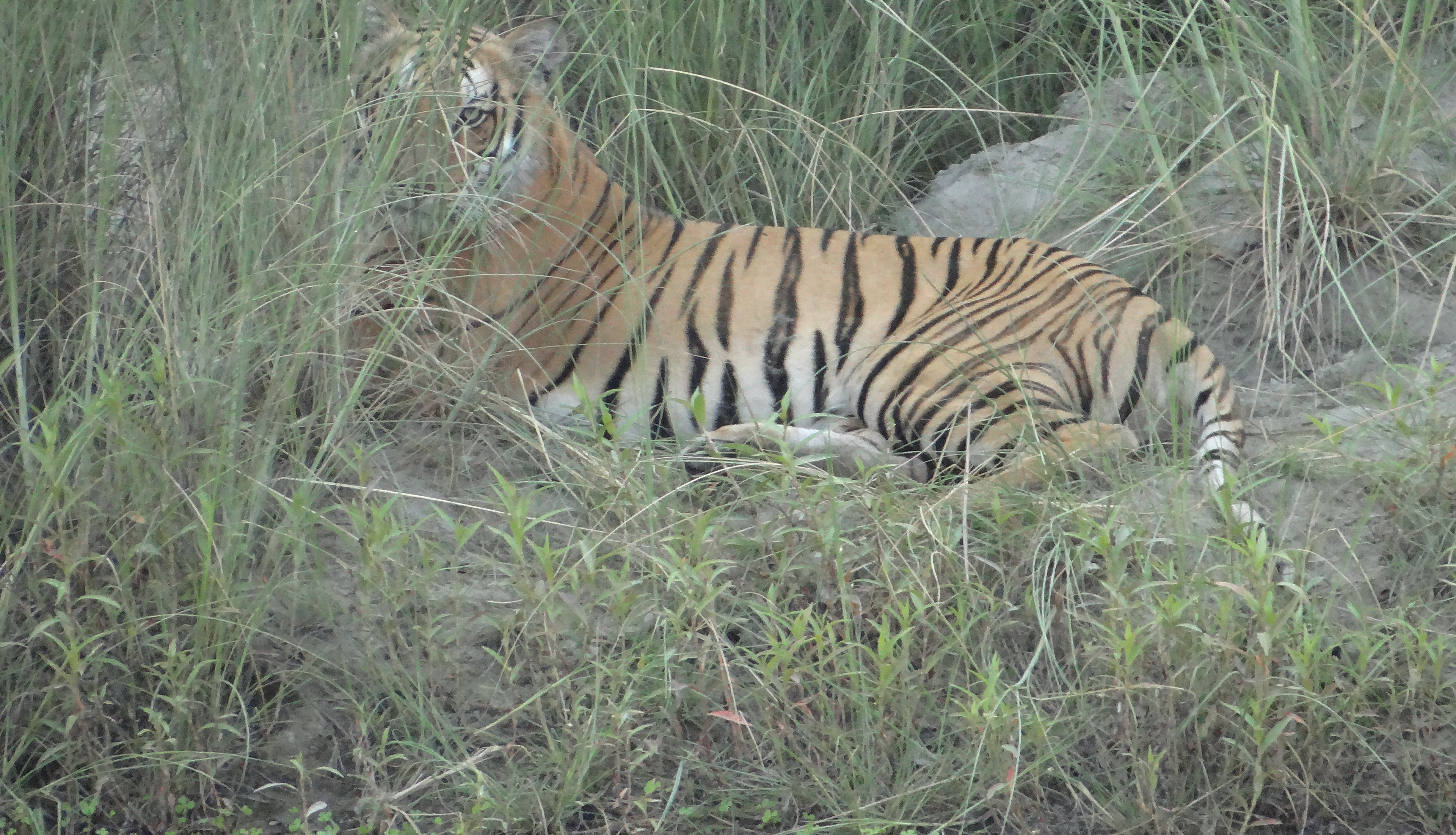 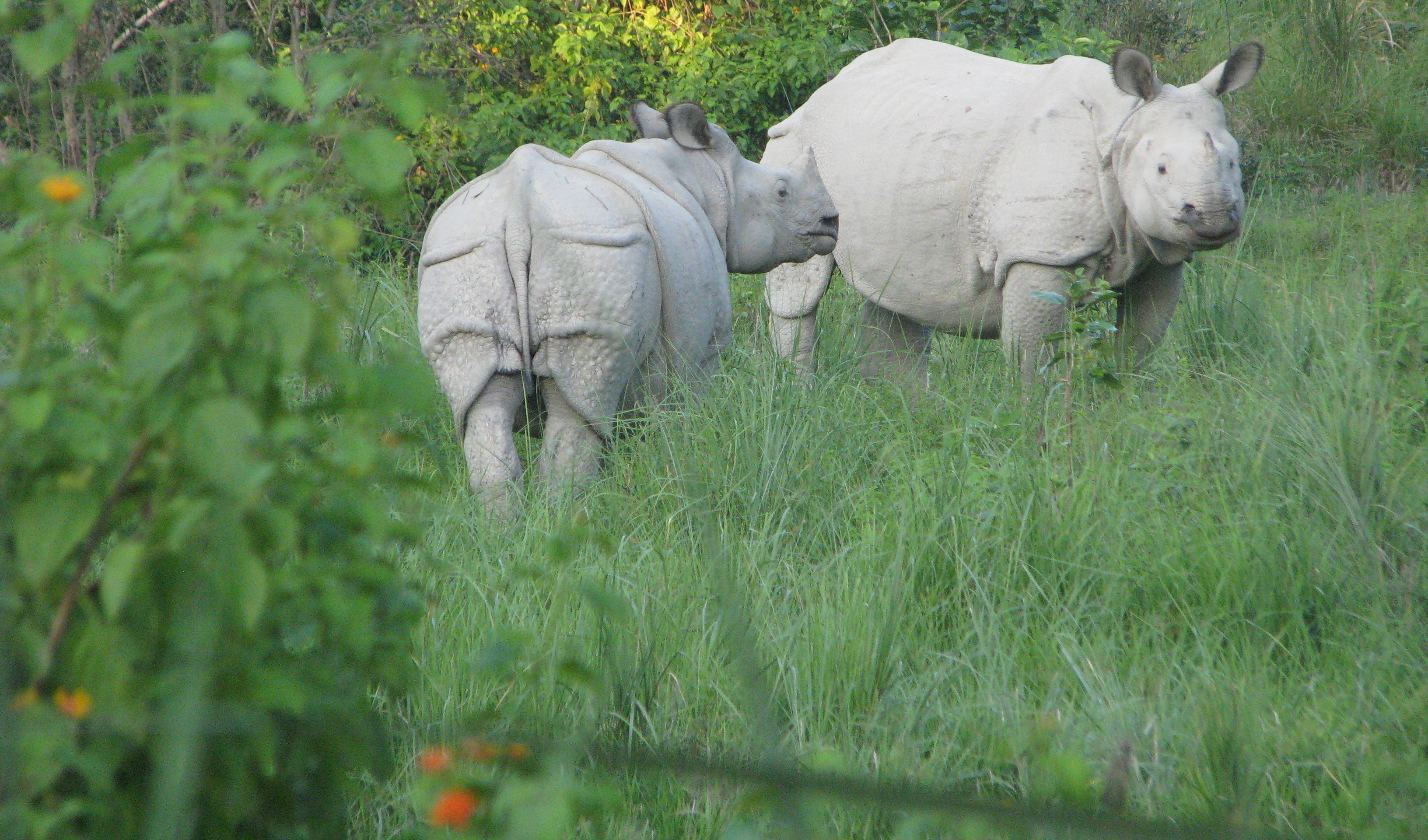 The Bardia national park is the largest and most undisturbed protected area in the Terai and is home to the endangered Bengal tiger and Nepal's famous one-horned rhinoceros. The national park located in the far western district of bardia, is bordered by River Karnali in the west, the Churia range in the north, while the river Babai flows right through the park and it occupies the Siwaliks range with the highest peak of Sukarmala (1441m). The varied geographical factors together with the cover of Salm Savannah forests and grasslands render this region ideal as wild animal habitat. The park hosts 30 different mammals, more than 250 species of birds, and several varieties of reptiles and water animals. Some of the water animal found there are elephant, swamp deer, blackbuck, gharial crocodile and marsh mugger crocodile. The exotic Gangetic dolphin is sometimes of Bengal florican, lesser florican, silver-earned mesia and sarus crane. The park offers the rare opportunity of fishing at River Karnali and River Babai. 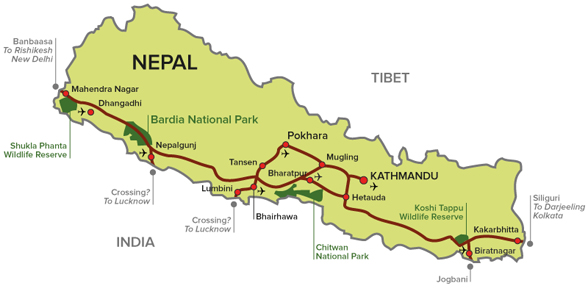 The best time to visit the bardia ark is autumn, winter and early summer when the weather is warm and dry. From April through June, the temperature rises up reaching 45 degree centigrade in May. The hot sticky days give way to the monsoon rains that last till September. Bardia consists of three major natural forests from riverine composition of khair-sissoo, to sal in the Terai and hills and to Chir pine-oak in the Siwaliks. Of the recorded 173 species, sal is the dominant species.

The best way to reach the national Park is via Nepalgunj in Banke district. Nepalgunj is connected by the air and by road to capital and other cities in the west. The Park's headquarters Thakurdwara is approximately an hour's drive away from the Nepalgunj-Surkhet road. Another option to reach the Park is from Birendranagar in Surkhet district which is also connected by air to Kathmandu.

In the surrounding areas of the National Park, tourists can also experience white-water rafting in the longest river of Nepal-Karnali. One may even spot dolphins or gharial in the river. The river was recently marked seventh place in white-water rafting category. 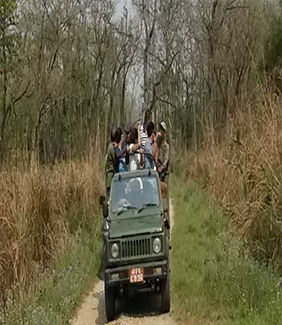 Experiencing the off-road drive is another way to explore the view of bardia and its wildlife. The fastest way to explore the beauty and wildlife of Bardia Nationa Park is through the Jeep Safari, it allows you to visit the core and corner of the jungle in a short span of time which indeed will be one of the best experiences you can ever have in Bardia. 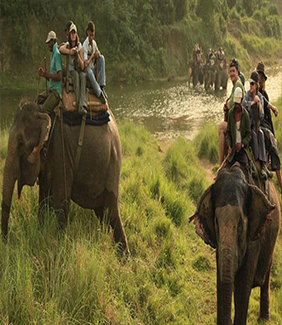 The most unforgettable moment will be sitting in a wooden chair at the top of the elephant and observing the view and life of nature and wildlife of Bardia. Elephant safari is one the best way to see and observe the beauty and the beast. The friendly demeanor of elephant of Bardia will make your safari more happening. 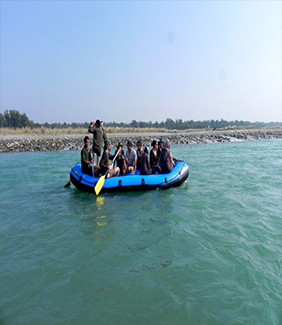 About 30km drive from Thakurdwara, Bardia will take you to the karnali river, which is known for its large volume of water inhabited by the critically endangered Gangetic dolphins, soft-shelled turtles and Masheer fish, the gharial crocodile and many more. It is also known as one of the finest big volume rafting and kayaking trips in Nepal-spectacular. 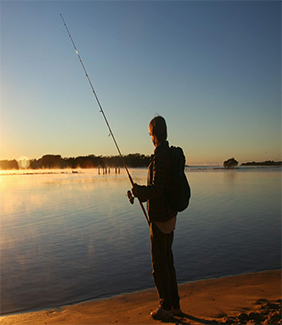 The Karnali River is one of the longest and largest river of mid-west Nepal, there you can find a habitat of many fish. In Bardia, the most sought after sport fish in these rivers is called “The Himalayan Mahseer”, a species not a lot of people are familiar with. The best time suitable for fishing in Bardia is between October to April. 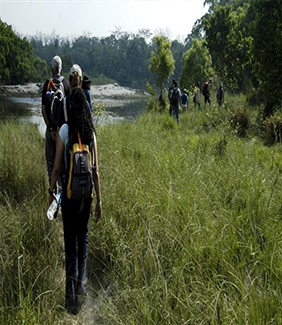 Getting close to nature, knowing about flora and fauna is the best the thing you can get in a jungle walk of Bardia. The best time to view the wildlife is either in the morning or in the evening. However, it depends upon animal themselves whether they will show up or not but in season we can encounter different species of birds and animal in Baridia 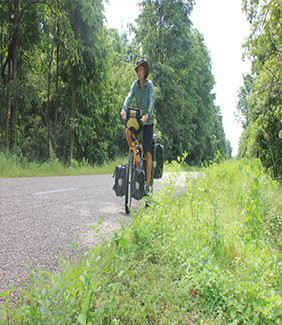 Bicycle is one the easy and famous ride in Bardia. To experience the local ride and observe the living of the people of bardia and the wildlife on its way is to have a bicycle tour. Local bicycles are easily available for you to explore the village of Bardia. Moreover, you can have bicycle tour with a guide or also can have it without a guide. 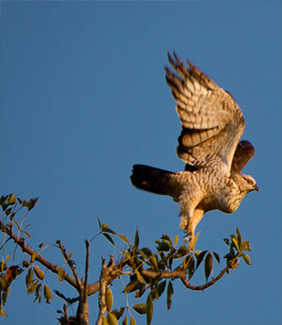 Nepal is blessed with a vast array of exceptionally rich bird life. A diverse topography and climate has resulted in a variety of habitats within the country, which are home to over 10% of the Worlds total bird population.Bird watching in Bardia can be done by walking around the community forest, river habitats and open areas. 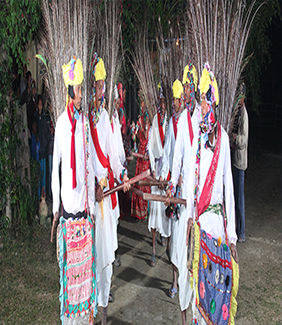 Dances in different traditional costumes and different genre of music are performed by local Tharu dance troupes of Bardia. So, along with the happening trip of Bardia and experience of observing the nature and wildlife of Bardia, you can also enjoy the cultural tharu program organized by Jungle Heaven Hotel and Cottage in Thakurdwara.